Support as we Navigate Climate Change

What an Ecological Civilization

Fourth Tuesday of each month

Hosted on our Mighty Networks Online Community via Zoom

Register at this link

Are you wondering if we are able to balance the wildness of Nature, the effects of Climate Change, and Civilization?

Join The Resilient Activist’s next Climate Café with a cozy drink inside your own home to have a conversation about it!

The Resilient Activist offers their own interpretation of these gatherings, based on the training they have received through the Climate Psychology Alliance of North America, and other resilience practices they incorporate into their programs including short meditations, journaling, nature connection, and breakout rooms.

This is your best opportunity to connect with a community that gets you, with folks who are experiencing many of the emotions that climate change has brought out in your heart and mind.

Register at this link 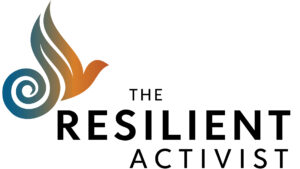